What is a Drapery?

All great questions that I want to answer for you.

When I googled the word “Drapery” this is the definition I found,

This gives you no specifics and leaves the mind to wonder; drapery is such a interchangeable word in our world.  We could have one client come in and say “I want drapes” and mean pinched pleat panels, when another means a traversing rod with one goblet panel to move back and forth.

With all the many different forms of draperies, I could be here for days giving you examples that could bore you to tears.  Instead I want to explain some of the major pleat styles and some hardware we work with that can give you a better idea of what we offer and hopefully help you with your projects now or in the future.

A Stationary drapery is nonmoving. They are normally on either side of a window or door as a decorative piece framing the area, not actually used to block sunlight or view into the room. Stationary drapery can be free hanging or tied back depending on the style you are trying to accomplish. Usually the stationary panel is sheered, better known as rod pocket, which is where the treatment is pushed together on the rod in no particular look since it is normally covered by a valance or cornice.  Here are some examples of stationary draperies we have done for our clients.

A Traversing drapery allows your drapery to move. This can be done very simply with rings sewn into the drapery that slide on a rod or with the use of a traverse rod.  This gives the look of a solid pole but is actually hollowed out to put in hooks that move by being pulled manually, with a rod, a cord, or motorized. Here are some examples of a traversing drapery.

One way Draw tied back

Now that you have a brief knowledge of stationary and traversing drapery, here are some of the major different pleat types that are trending right now. Check out our video to get a virtual tour of the different types of drapery treatments we are displaying in our showroom. 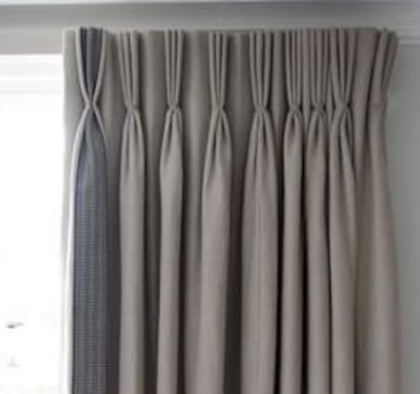 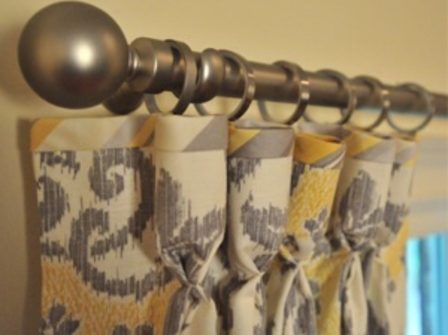 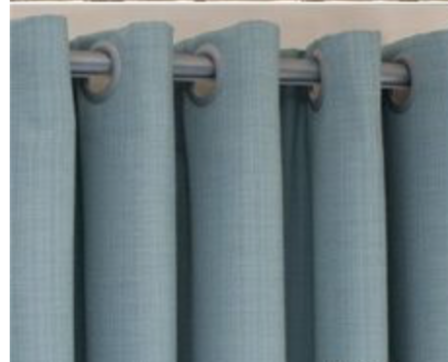 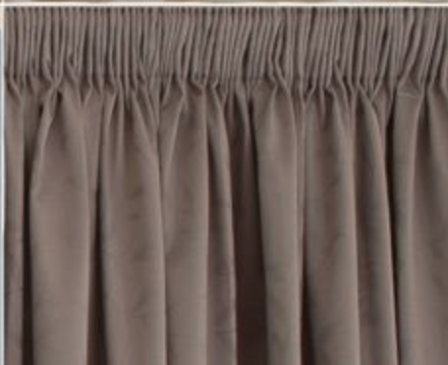